CardWeaver is a one-versus-all deckbuilding card game based on the world of The Shared Dream. Up to 3 players team up against another player and whichever team survives wins. Each player purchases cards from a market (called the Dreamscape) that is set by the character they have chosen. This gives each character its own capabilities, playstyle and strategies, while emphasizing teamwork since no one character can fill every role in the team. 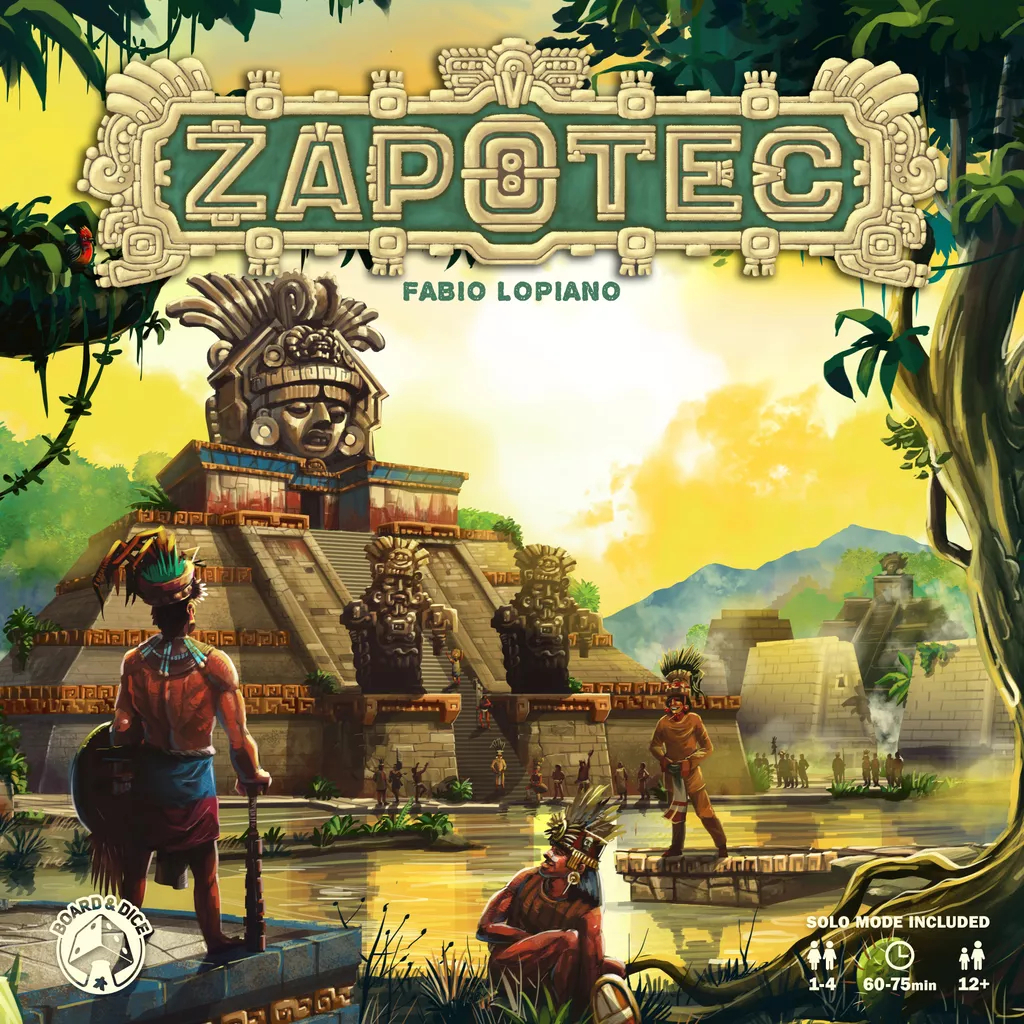 The Zapotec were a pre-Columbian civilization that flourished in the Valley of Oaxaca in Mesoamerica. Archaeological evidence reveal their culture going back at least 2,500 years. Remnants of the ancient city of Monte Albán in the form of buildings, ball courts, magnificent tombs, and finely worked gold jewelry testify of this once great civilization. Monte Albán was one of the first major cities in Mesoamerica and the center of the Zapotec state that dominated much of the territory that today belongs to the Mexican state of Oaxaca.

In a game of Zapotec, you build temples, cornfields and villages in the three valleys surrounding the capital to generate resources needed for building pyramids, making sacrifices to the gods, and performing rituals. 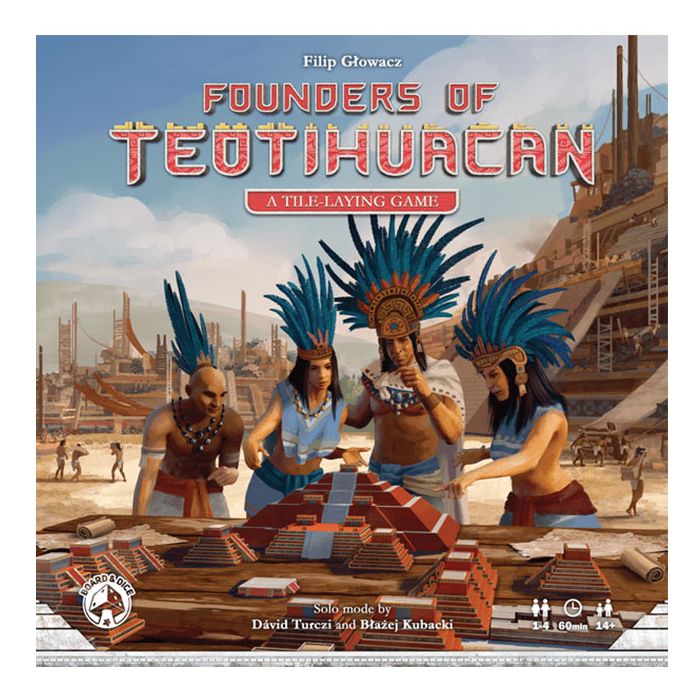 Founders of Teotihuacan is a strategy game where you compete against your friends to create the best design of the city of Teotihuacan. You will balance generating resources and using them, as finding good locations on your city board becomes increasingly more difficult, and you will try to outwit your opponents, making use of an innovative and interactive action system. Finally, once the eclipse comes, all designs will be assessed and the player with the most points will win and become the architect to join the ranks of Founders of Teotihuacan!

Founders of Teotihuacan is a stand-alone game, related to Teotihuacan: City of Gods only by the shared setting of the ancient city of Teotihuacan. Thematically, the events in Founders takes place at an earlier time in history, while what was to become a magnificent city was yet in its infancy and only few inhabited the area. 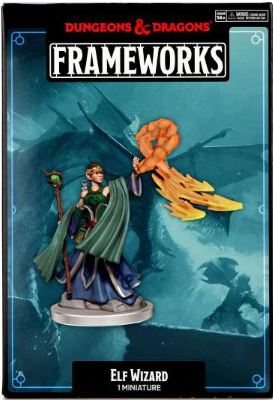 The new Frameworks line of miniatures from WizKids offers players the new opportunity to customize their miniatures with sprues containing multiple options for heads and equipment. Pick up your favorite race–class combo or a pack of monsters, and use your creativity to customize to your heart’s content! 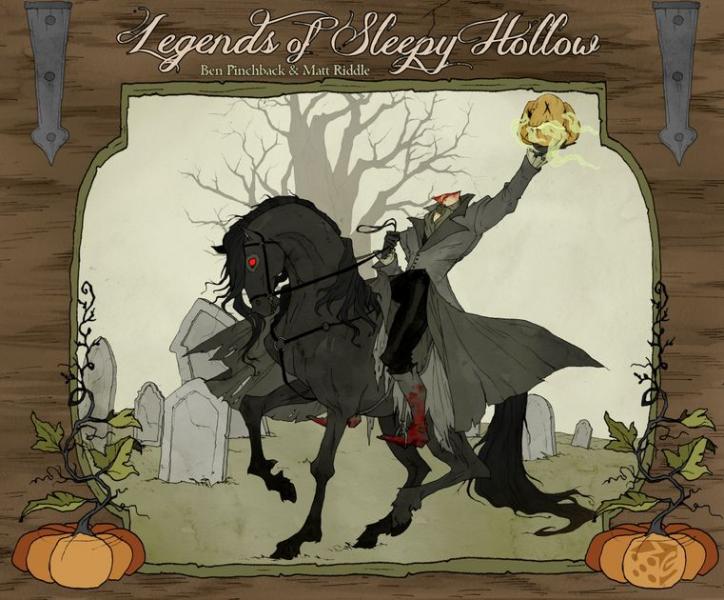 In Legends of Sleepy Hollow, players take on the roles of the four residents — undertaker Jeremiah Pincke, Revolutionary War veteran Matthias Geroux, minister Elijah Kappel, and tanner Emily Van Winkle — in a cooperative, miniatures-based campaign game full of secrets and twists. During the game, players will use an action pool to move about, investigate, interact with their environment, or unleash powerful attacks and abilities unique to each character. Once selected, however, these abilities will be unavailable until that character’s action pool has emptied — a process that becomes more complex as that character gains fear.

The players will have to work closely together to overcome their fear, unravel the mysteries of the glen, and become true Legends of Sleepy Hollow. 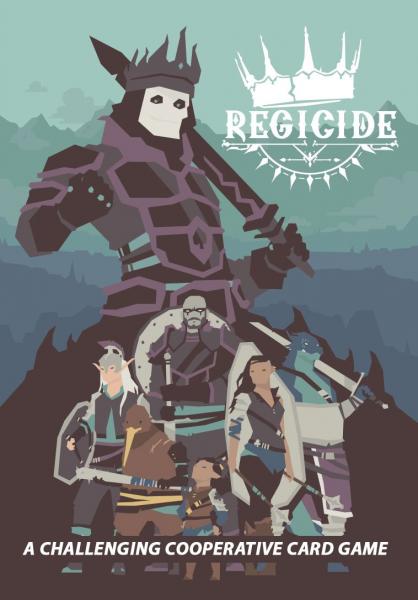 Regicide is a cooperative, fantasy card game for 2 to 4 players, played using a standard deck of cards.

Players work together to defeat 12 powerful enemies. On their turn a player plays a card to the table to attack the enemy and once enough damage is dealt, the enemy is defeated. The players win when the last King is defeated. But beware! Each turn the enemy strikes back. Players will discard cards to satisfy the damage and if they can't discard enough, everyone loses.

Rich with tactical decisions and a deep heuristic tree, Regicide is a huge challenge for anyone who is brave enough to take it on.