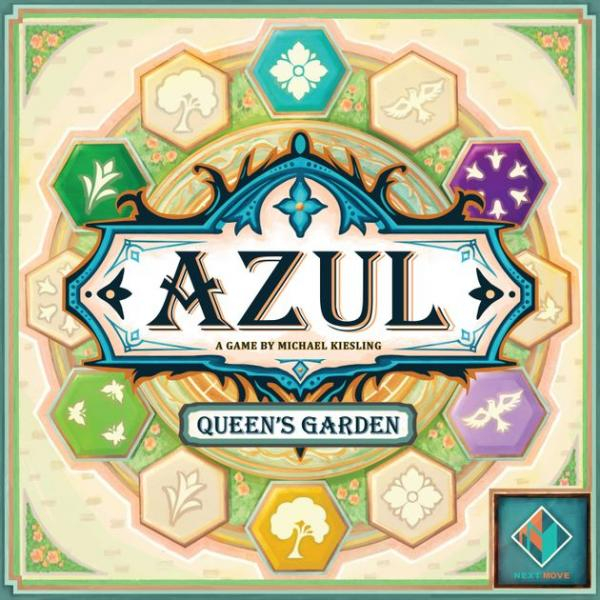 Welcome back to the palace of Sintra! King Manuel I has commissioned the best garden designers of Portugal to construct the most extraordinary garden for his wife, Queen Maria of Aragon.

In Azul: Queen's Garden, players are tasked with arranging a magnificent garden for the King's lovely wife by arranging beautiful plants, trees, and ornamental features. Using an innovative drafting mechanism, the signature of the Azul series, players must carefully select colorful tiles to decorate their garden. Only the most incredible garden designers will flourish and win the Queen's blessing. 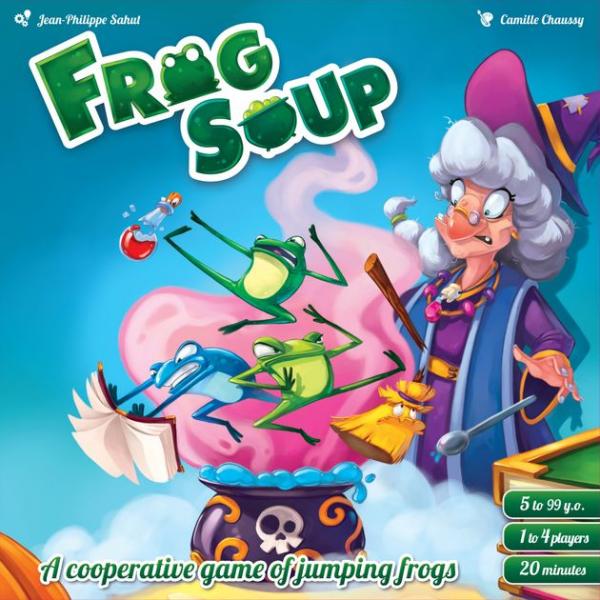 The Witch is cooking a frog soup, and you are the last ingredients to the recipe. So, cooperate, jump and try to spill the soup before she puts you in the cauldron.Frog Soup is a cooperative skill game where you will have to hit big targets on the table with your jumping frogs.Try to hit all the magical items in the correct sequence to remove the magical protections of the Witch and escape!
Beware! The Witch adds one ingredient per round in her cauldron. If she finishes her recipe (6 turns), everybody loses! 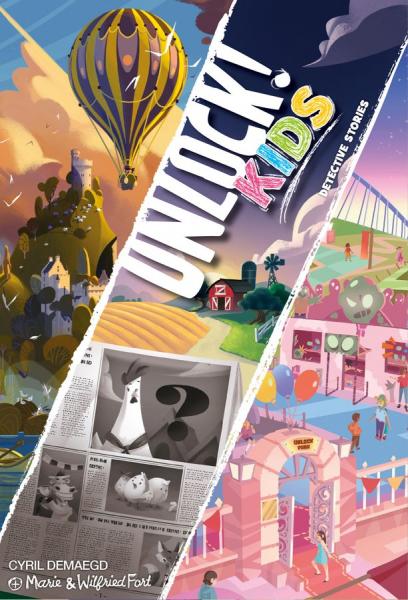 Unlock! is a co-operative card game inspired by escape rooms that uses a simple system which allows you to search scenes, combine objects, and solve riddles. Play Unlock! to embark on great adventures, while seated at a table using only cards. Unlock!: Kids is designed for players ages 6+ and unlike other Unlock! titles, it does not require an app. 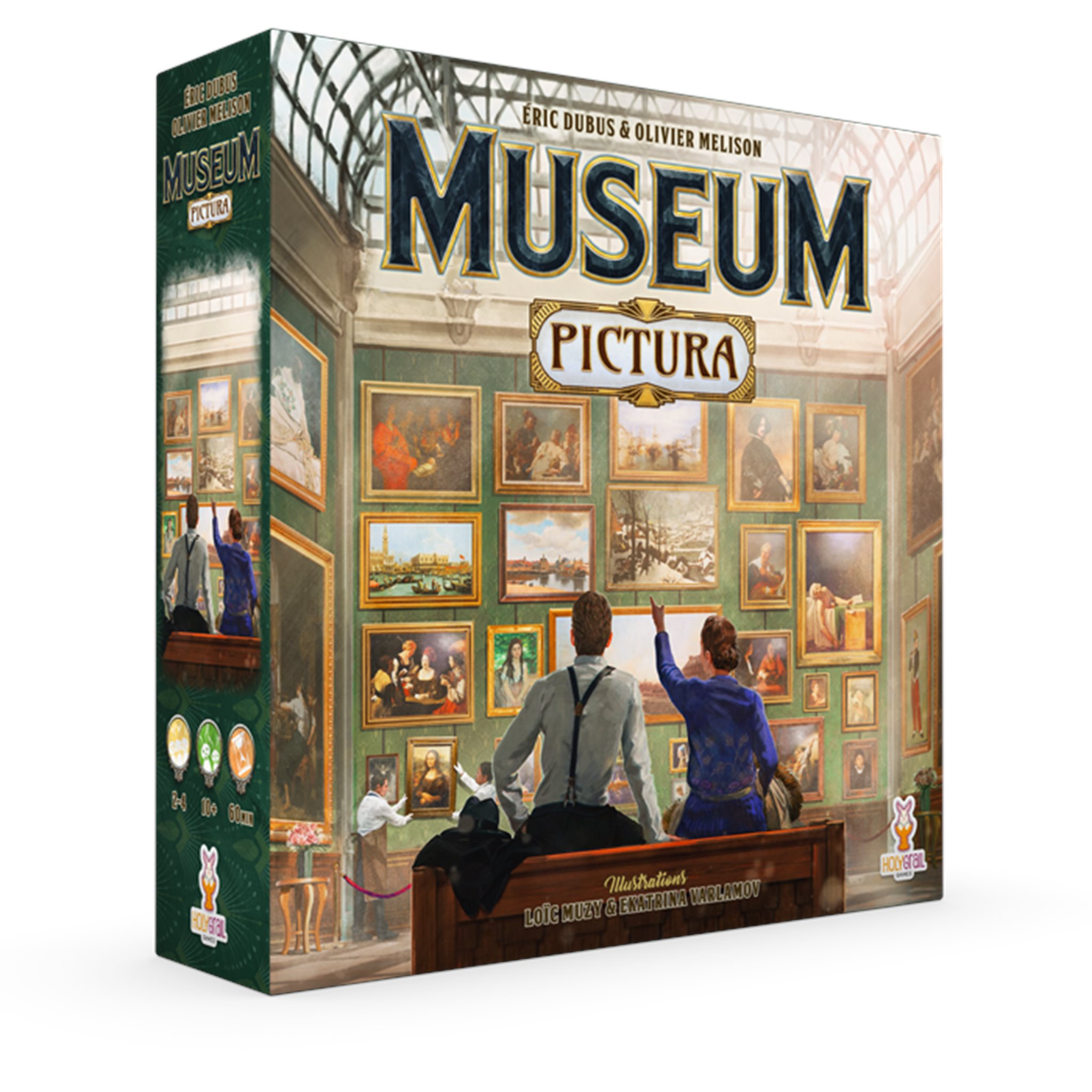 Museum: Pictura is a standalone set collection game for 2-4 players by Olivier Melison and Eric Dubus, in which you take on the role of an aspiring curator in an art museum. Set in the roaring 20’s, the game is gorgeously illustrated in art deco style by French artist Loïc Muzy, while the 180 paintings featured in the game have been individually brought to life by Ekaterina Varlamov. Museum: Pictura brings exciting new mechanics and strategies to the table, while maintaining a strong family connection to its predecessor. With a wealth of ways to score points and plenty of player interaction, Museum: Pictura’s fresh mechanics bring a fascinating twist to the original Museum game, that is sure to delight veteran curators and new players alike! 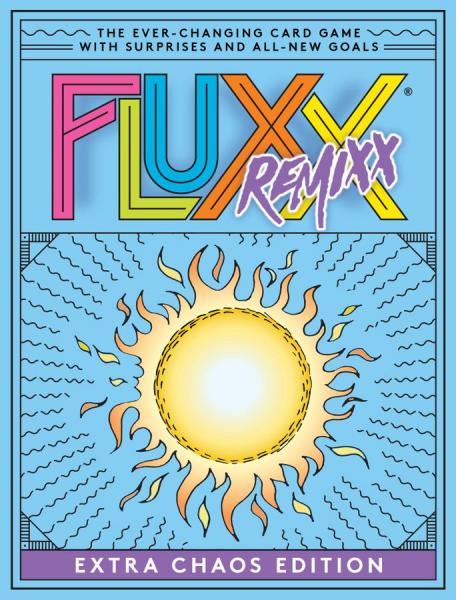 Fluxx Remixx is a card game in which the cards themselves determine the current rules of the game. By playing cards, you change numerous aspects of the game: how to draw cards, how to play cards, and even how to win. Fluxx Remixx uses all the Keepers from regular Fluxx, but everything else is re-imagined, with a new set of Goals using different combinations of Keepers, along with new Rules, Actions, and Surprises. 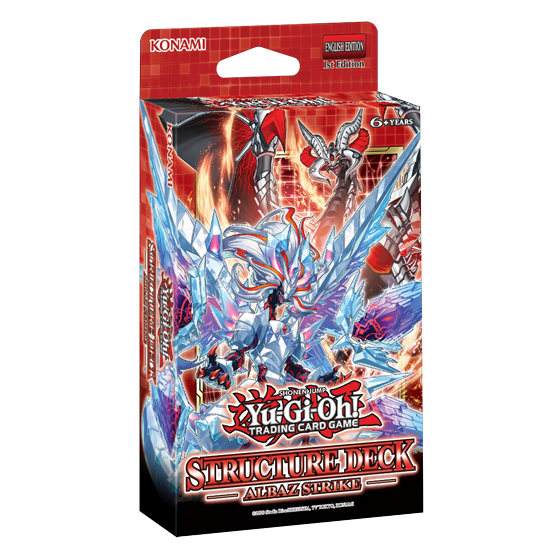 Dive into the story of Fallen of Albaz in the Structure Deck: Albaz Strike! Originally from Rise of the Duelist, Fallen of Albaz has been a central character in the storyline that’s played out on the cards since then and has taken on many different dragonic Fusion Monster forms.

Structure Deck: Albaz Strike has 5 total special Tokens that you can use as whatever type of Token you need. In addition, new art was made specially for these Tokens, which can let you dig further into the stories of Fallen of Albaz! 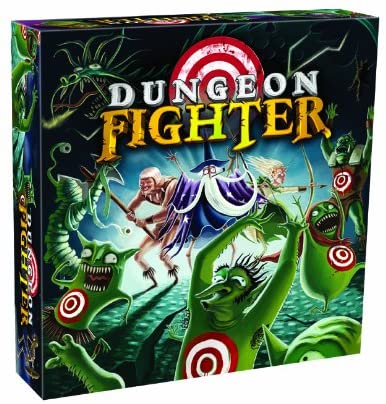 Explore spooky dungeons, find glorious treasure, buy powerful magic items, and challenge the most horrible creatures. Will your party be able to defeat the final boss?

In Dungeon Fighter, a fully cooperative board game, players take on the roles of heroes venturing deep into a three-tier dungeon. Along the way, they explore the dungeon, search its many rooms, and face endless hordes of vicious monsters. Best of all, your skill determines the ability of your character. Can you kill Medusa without looking into her eyes, defeat the Minotaur in the labyrinth, or resist the breath of the dragon? Will you be able to hit a target by throwing the dice under your leg with your eyes closed?

You will feel truly part of a centuries-old battle between good and evil...with a touch of foolish stupidity.