Get Bladdered with Board Games. Once you look past the great aspects of board games - IQ boosting, friendship building, logic enhancing, to name a few - then there's no denying that they make a really great companion for a night of tequila slammers. Without something to do when you drink, you're really just a room full of alcoholics staring at the wall - board games can be a great excuse to crack open the wine! If you were looking for inspiration on how to turn your old games into useful drinking buddies, then luckily, someone at the Metro has done it for you! Unluckily, it's someone who doesn't know much about board games and still kinda thinks it's all Scrabble and rainy day gloominess. Still, there are some pearls of wisdom and bright ideas to be found; like chugging whenever you get a carriage on the board of Ticket to Ride, or drinking every time one of your meeples is removed from your Carcassonne board. Yeesh. That's some cruel hangover.

Battle of the Star Wars Games. People love to rank the Star Wars films in order of awesomeness, and if you get it wrong, they murder you in cold blood. But why stop at the fims? This brave soul at the Huffington Post has decided not to value his life, and he's ranked three of the biggest Star Wars tabletop games from worst to best. To be fair, the article won't exactly incite riots - he makes sure to emphasise that they're all really quite good. Wanna see the result? Click here!

Feel the Fuzzies. In a lovely turn of events, nurses at the Queen Elizabeth Hospital in Birmingham have been using simple and traditional board games to aid the recovery of patients with brain injuries. To help develop turn taking and following rules, Snakes & Ladders has been a popular choice, while others like Connect 4, Jenga and a version of my old favourite, Frustration, have helped with things like memory, speech and fine motor skills. The board games, along with a tablet and a DVD player, were bought using a £500 grant from the hospital's charity to "eliminate boredom and keep the patients engaged". You know, I don't even have a sarcastic word to say on this. The block of ice I call 'my heart' might even have thawed a little. 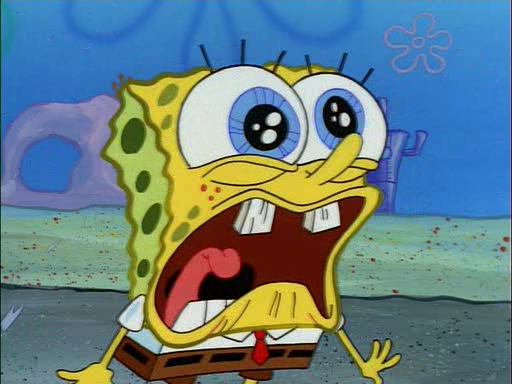 Don't Be This Mother. Far be it for me to criticise the way a parent raises their child, but sod it, I'm gonna do it anyway. Whilst perusing a stash of board game-related news, I chanced upon this little blog article, titled 'Why I refuse to let my kid win at board games'. Now, the overall concept doesn't bother me. It's up to you to let them win or lose. Although I'm pretty sure I was allowed to win when I was younger, and look how messed up I am now. No, the toe-curling moment comes from reading the writer's daughter's name... Princess. Wait. Hold up a second. Her name is 'Princess' and you're gonna try and impart some wisdom on how not to treat your child like they're better than they are? What is this tomfoolery?! The writer then goes on to call her child 'obnoxious' twice, which seems to me an odd insult to throw at your kid. Check out the original article here to judge for yourself. I'm glad I won't be playing games with this woman any time soon - I always cry when I lose.

Game Of The Week - Mysterium. In the brand new cooperative game Mysterium, it's the 1920’s and Mr. MacDowell, a gifted astrologist, detects a supernatural being in his new house. Gathering eminent mediums of his time (that's you!) for an extraordinary seance, they'll have 7 hours to contact the ghost and investigate to unlock an old mystery... In Mysterium, 2-7 players will work out who murdered the ghost, and when, and how. The ghost is played by another player and can only communicate through 'vision' cards. The game was made by the same creators as Dixit, making it just as beautiful as you think! If the mediums can't solve the mystery by the 7th hour, then poor little ghosty will fade away and never find peace - that's why you need to work together and think, think, think. Already creating a buzz for itself, Mysterium is shaping up to get seriously big, so keep an eye on our social media this Monday as Mysterium will be the first game featured in our new 'Spotlight Series!' Read a review from Shut Up & Sit Down or watch one from Board Game Brawl! Board Game Bar 1 Year Anniversary! On Monday October 19th, we'll be celebrating hosting our Board Game Bar for a whole year with a HUGE party! We'll be at Urban Tap House from 5-10pm, and for £3 entry per person, you'll get 5 hours of gaming and drinking, along with a quiz featuring some awesome prizes, and a free raffle ticket upon entry - again, more awesome prizes! What are you waiting for? Get your gaming boots on! Don't forget to see our whole list of events here!

New Releases Available Now - Mysterium, one of our hottest pre-order products, is in the store IN THE FLESH!; the trivia game Timeline gets its own Star Wars version; The Game of Thrones LCG is here BUTBUTBUT as a shiny new Second Edition; Don't Turn Your Back; Pick a Polar Bear; Pick a Seal; Retro Loonacy; and finally, Carcassonne expansions are BACK IN STOCK! Carcassonne: Inns & Cathedrals and Carcassonne: Traders & Builders, both with a 2015 refresh!

Arriving Soon - 1 new standalone Pandemic game with the hotly anticipated Pandemic: Legacy; Flea Market, where finding bargains is now a skill to be judged on (woohoo!); for our complete bunch of pre-order games, check out our 'Coming Soon' collection! PRE-ORDERS FOR ALL THESE BEING TAKEN NOW!