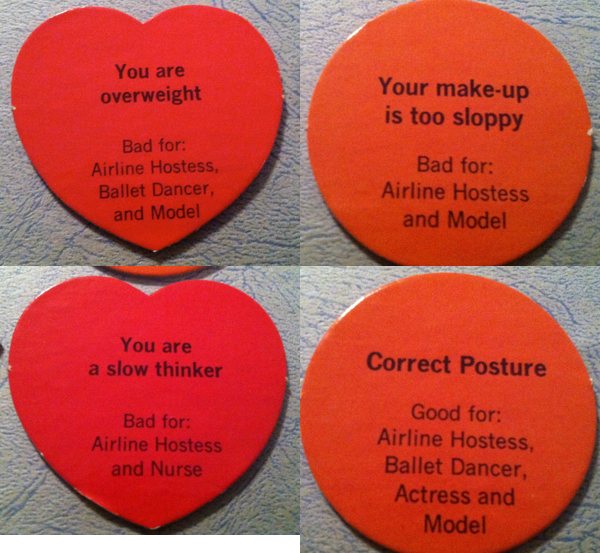 Why? Greetings earthlings, and welcome to our brand new and probably-never-to-be-repeated segment, 'Why?'! Today we'd like to explore the abundance of terrible, horrible, no good, very bad board games on offer - specifically those from yesteryear, ye olden days, when people had little better to do than play awful games or be Bob Geldof. In 1972, Watergate was in its infancy, the first arcade video game had arrived and the antidepressant Prozac had born - an exciting time for the world, you'd think, but someone out there didn't believe things were exciting enough! Someone out there wanted something more. And that 'something more' was... this! 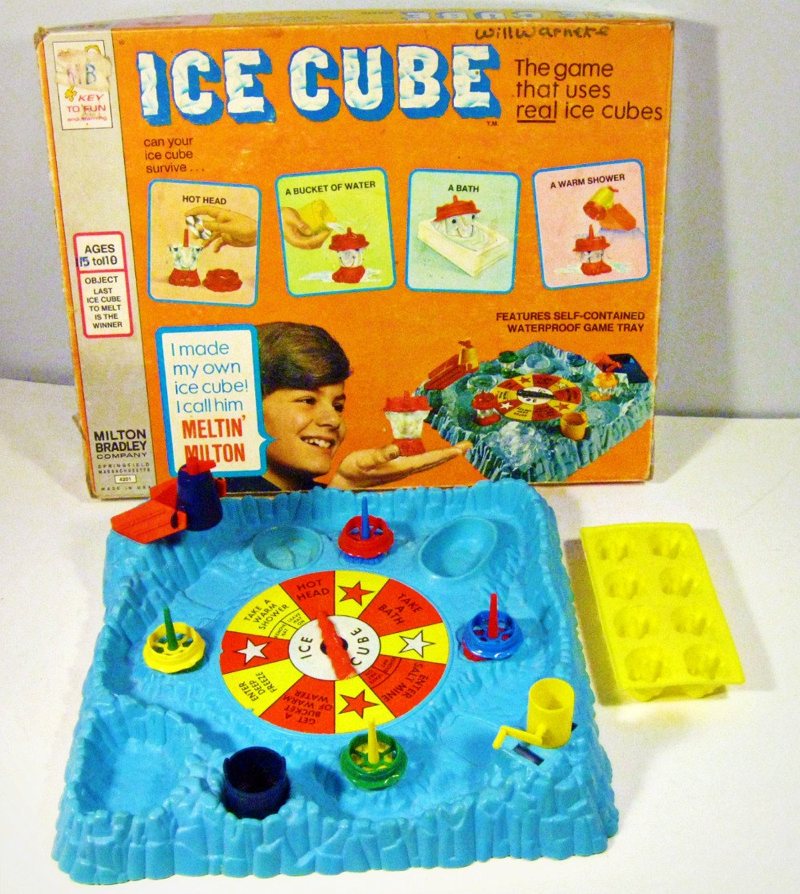 Ice Cube! The game that uses REAL ice cubes, not that like other jerk game using fake bits of plastic, the phony. This game included these REAL ice cubes being bathed in warm water, sprinkled with salt, or having a hot metal cylinder placed on top. The cubes were made to look like little human faces that smile benignly but their eyes tell a tale of terror and internal screaming. Next! 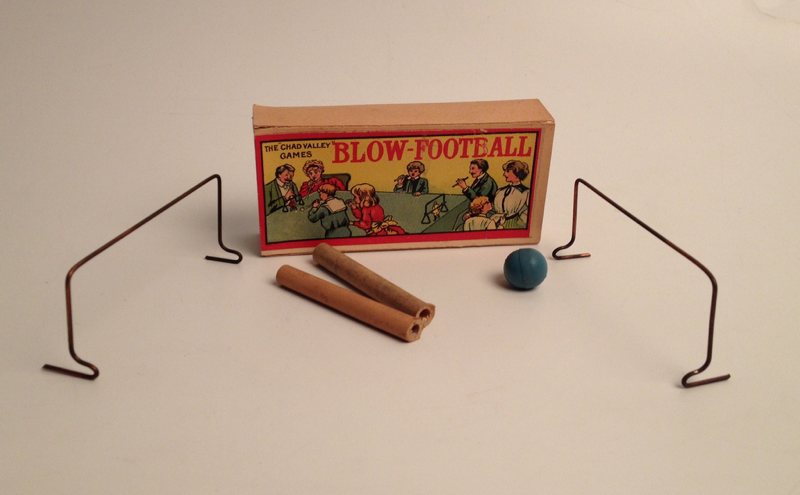 Of course! It's Blow Football! What's up with these accurate and succinct names? Were imaginations on rations after the wars? This 1950s game has broken barriers and destroyed most of the subplots in Mad Men by including girls and women in BOTH versions of box covers for the game. Well, I'll be darned! Promising '4 hygienic plastic blowers' (never an ingredient you want to read) and '2 realistic footballs' (apart from their size, colour and texture), players had to blow through their little pipes to push the balls through the goals, but this was the Fifties and everyone smoked - even the house pets - so the whole thing dissolved into coughing fits and nobody ever won. Huzzah.

Once the ladies had tired of Blow Football, they could turn their attentions to this 1966 gem, What Shall I Be? - The Exciting Game of Career Girls. In this festering sack of waste, girls were encouraged to reach for the stars and then give up and become a secretary. Or a ballerina, model, airline stewardess, nurse or teacher, because all of those jobs are exactly the same. When someone asks you when gender inequality began, tell them it was this. It wasn't, but tell them it was. Tell them that, much like the universe itself, misogyny began as a tiny, furious speck that evolved into this god-awful game, until it eventually exploded and rained down upon us with wolf-whistling builders and the Taliban.

So, that concludes our first ever segment of 'Why?'! Thanks for reading! We hope you've learned nothing.

From Bad To Terrifying... Word on the street is there's a bunch of gamers who like getting locked in rooms. Lemme give you some context - have you ever seen one of those puzzle apps on your tablet, or your smart phone, called 'Locked Doors' or 'Escape the Room' or something similar? You find yourself in a room with locked doors and a few objects, and the only way to get out is to complete the puzzle or turn off your device and go outside. These are hugely popular on screens, so it was only a matter of time before someone brought it to reality - say hello to 'Live Escape Games'! You can find these nightmares in Birmingham, Bath, London and worldwide. Not Cardiff, of course. It's never Cardiff. These things have been around since 2006, technically, but their popularity has only started to surge in the past few years. Turns out I'm the only person on this planet who actually remembers the Saw films. Getting locked in a room, working frantically against a time limit to escape? No thankeroonies. The people who run these events say there's no grisly murder at the end of it (of course they'd say that! They're practising good PR!) but I don't buy it. PLAY AT YOUR PERIL, PEOPLE. Don't come running to me when you've had your legs cut off.

Game Of The Week - Qwirkle. With one of the daftest yet loveliest titles in board games, Qwirkle (say it! Say it 10 times in a row!) is a fiendishly clever strategy game for 2-4 players with remarkable replayability. Consisting solely of wooden blocks printed with one of six different abstract designs in one of six colours, the rules to Qwirkle are simple. You'll build up a crossword-style pattern of blocks, where each line must consist of different colours or shapes with no duplicates. You'll score points in Qwirkle for creating longer lines, with maximum length lines (the eponymous qwirkles) scoring double points. Qwirkle game won the 2011 Spiel des Jahres, in addition to Mensa Select and Parent's Choice - you should see Qwirkle's awards shelf. I mean, the chandeliers above it are a little tacky, but it's super impressive. Qwirkle qwirkle qwirkle qwirkle. This is the world language that unites us now. Qwirkle.

Board Game Bar this Monday! Come be the coolest cats in Cardiff at our Monday night Board Game Bar! Urban Tap House is the venue, 5-10 is the time slot, £3 is the entry price and the Pizza Burger is my official recommendation. It's Rules of Play approved!

New Releases Coming Next Week! Batman Fluxx will be revving into store in his Batmobile; and become the king you always knew you could be in Isle of Skye! 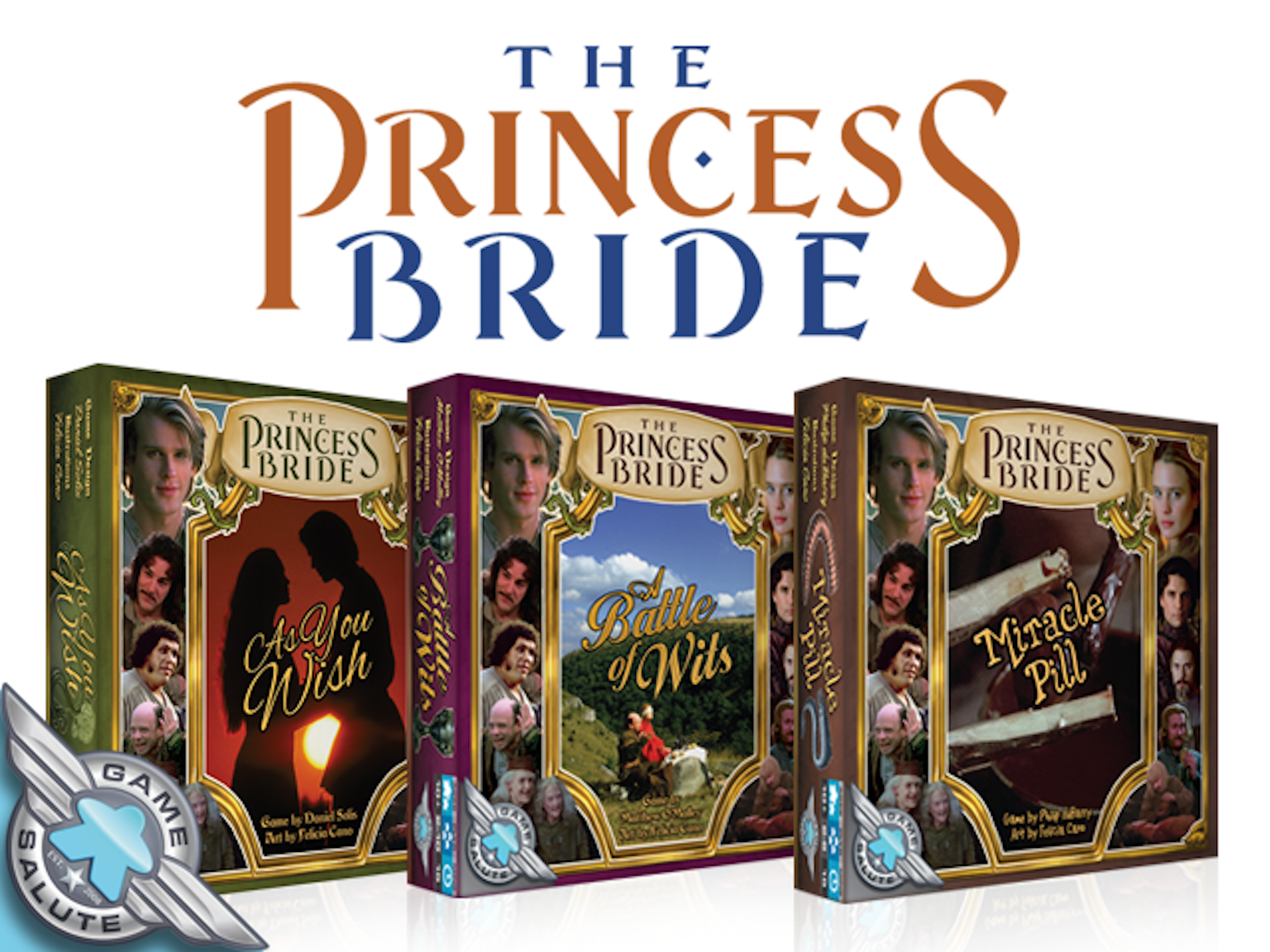 Yep – stupidly, I didn’t realise that! I’ll pop it in next week’s Friday Rules, and if I didn’t scare off too many people, I can let them know to sign up! :)

I love those Escape the Room places – I went to the one in Bath and it’s all kinds of fun!

And, I hear it on the grapevine that there’s one opening in Cardiff in October. Yay!