THE TELEGRAPH TAKE DOWN. On Wednesday, this article was published in The Telegraph following some random survey about kids not enjoying board games. If you don't have time to read the article, lemme break it down for ya: a man who doesn't really know about or play board games decides he is the ultimate authority on board games. They only exist to kill time, apparently, and they're not 'interesting, educational or fun'. You may snort, people, but this man is our all-knowing deity. One big mood-killer for board games is that There Is Lots Of Good TV Now. Our leader also speaks of how some board games are just designed to be terrible, with 'too many pieces, rules and faff'. I certainly know better than to question a man with his infinite wisdom. He would also like us to know that while Bananagrams is fabulous, chess and snap are not. Then he abruptly finishes the article with a few sentences about Blackjack and the last two words, 'It's gambling'. Presumably our mighty God had something better to do than finish an article he was paid to write with any style or actual conclusion. Perhaps he'd already started a new article about how Japanese manga comics are becoming obsolete, or that women's shoes are boring and should be abandoned. Either way, it's not just risky for our newly-appointed God to be sticking his nose in where it doesn't belong - it's gambling.

UPDATE: A day later, The Telegraph released another article by a different journalist about board games that used the same survey as the first one, but managed to find a positive spin. Huh. There's still no Carcassonne or Catan, of course, and the writer thinks 'Monopoly' falls under the '5 Best Board Games'. Maybe it's time to stop writing about games, guys.

UPDATE NO. 2: Also a day after the first article written by our Holy God himself, the Lincolnshire Echo barges in to proceedings, saying, 'Uh, actually, kids do still enjoy board games. They really, really like Lincoln Monopoly', which definitely sounds like a lie.

UPDATE NO. 3: I have just discovered that The Telegraph published almost the exact same article as the original, but on the day before, by a different journalist. Not sure what their beef is with board games. Will investigate further. Expect to be hiding in the Russian Embassy by night fall. 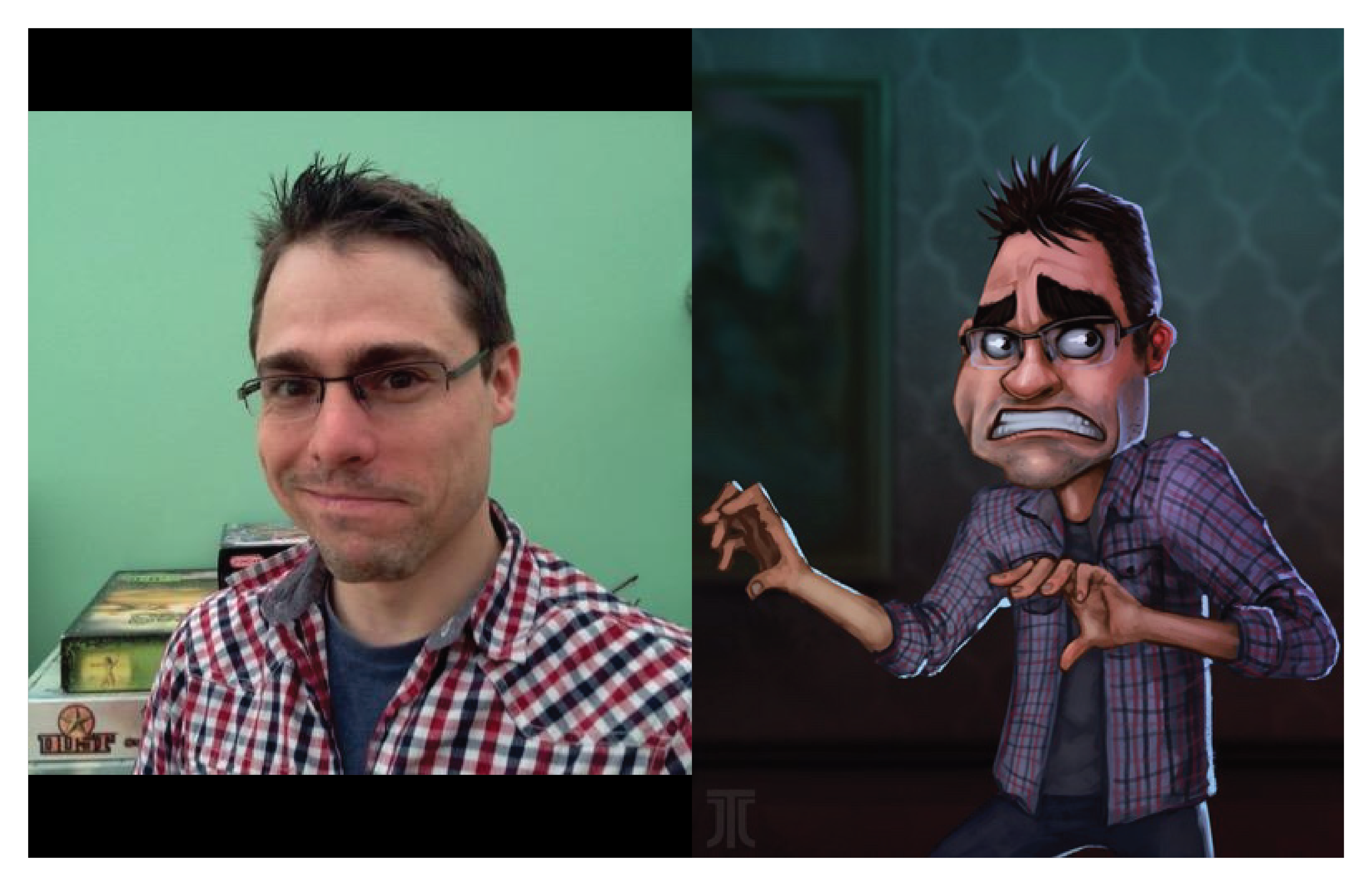 Get Your Face In Ghostel! Is your face wildly unappreciated? Do you have mad skills with face-pullin' but nobody seems to care? Fear not, friend! Tinkerbot Games want YOU! And your weird face! Their game Ghostel is currently filing its nails and pouting in the mirror ready for its launch on Kickstarter later this year, but until then, they've got 2 opportunities for you - yes, you! - to be used as card artwork in the game. They'll be offering up the chance to have your face on a card during the Kickstarter campaign as a backer level, but right now they've got the space and budget to offer the opportunity to 2 lucky people, and it's absolutely free! All you gotta do is send a 'normal expression' photo and a 'scared expression' photo. The photo of Bevan (above) is how your card artwork will look. That's some strong eyebrow game, right there. For more info on the game you could be in, check out Ghostel. For more info on HOW TO ENTER, click here! The guys are working with Tyler Johnson - click the link to see some of his amazing art samples! NOW GO ENTER BECAUSE HOW COOL WOULD IT BE TO HAVE YOUR FACE IMMORTALISED FOREVER IN A BOARD GAME?!!?! Then you could play the game as yourself, and fall through another space dimension as you break the fourth wall. That's what happens, right? 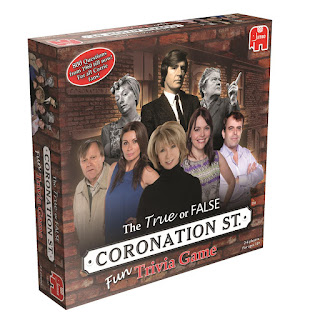 Local Woman Figures Out What To Buy Mother For Christmas. There's a new Coronation Street board game launching this summer. Merry Christmas, mam. All those years dressing as Roy Cropper weren't wasted after all. Game Of The Week - Agents of SMERSH. You may be wondering why game of the week is all the way down here, and it's not just because this is a game about spies and I'm trying to throw the government off our scent. Nope. Now, if you liked Tales of the Arabian Nights and you LOVED the Cold War, you'll weirdly enjoy this! Agents of SMERSH is not just a really fun thing to say - it's also a cooperative storytelling game for spies. Players are UN Secret Service Spies fighting against a newly formed corporation called SMERSH and its leader, Doctor Lobo. Say SMERSH out loud. Honestly. SMERSH is based on a real life Russian counter-intelligence agency from the 1940s and the name was coined by Joseph Stalin, but still, it's so fun to say! Shhhmmeeersh. You'll try to gather intel on Doctor Lobo and beat up his four henchmen in order to win - James Bond eat your heart out! All the while, a storytelling narrative runs through the gameplay and keeps things running as smoothly as spy stuff can be.

Join us at the Board Game Bar, this Monday! Every Monday, in fact, at Urban Tap House, from 5-10pm, £3 entry. Sometimes we get asked if people can turn up on their own - of course you can! And once we put the 'I arrived alone' hat on your head, you're free to mingle! Joking, of course. We gots a real nice atmosphere and some real nice games!

New Releases Available Now - Get gloomy and miserable in an enchanted forest with a princess in a castle - it's Fairytale Gloom!; get your dice ready for Roll Through the Ages - The Iron Age; BattleCON - Devastation; get your pirate boots on for Dead Men Tell No Tales; more morbid fun with Bring Out Yer Dead; The Voyages of Marco Polo; dip into some new RPG with Star Wars Age of Rebellion - Desperate Allies; and Mecha vs Kaiju!

Jamie – I know right?! Actually, I think they’ve proved they don’t have ANY board gaming experience – or not any that would be helpful when writing a whole article about them. It’d be like me or you writing an in-depth think piece on horse saddles. Not exactly our forté!

Oh, I’ve been there alright.. many times!

Wow, the writer of that Telegraph article must have had some bad board gaming experiences in their younger days and now they’re taking it out on the world.

Maybe they just need someone to hug and tell them that it’s okay to accidentally loop back into yourself in Tsuro – we’ve all been there, and it’s nothing to be ashamed of.