Game of the Week - Colt Express. We've had a big restock this week and family favourite Colt Express is back on the menu, boys! In this 2-6 player family game, players become a bunch of bandits who've accidentally clashed when organising a day of thievery. D'oh! Now they must outwit each other and the train passengers they're desperate to rob of fine jewels and cold hard cash. Marshal Samuel Ford guards a suitcase containing the 'Nice Valley Coal Company's' weekly pay, and you want that an' all! The game uses a beautifully crafted 3D train for your bandits to jump from carriage to carriage, punching, shooting and generally being anti-social. Whoever fires the most bullets gets a prize, and the bandit who bagsied the most booty is the winner! For reviews, here's one by Shut Up & Sit Down, and another with The Dice Tower!

TV And Board Games! What Could Go Wrong? If you're a Friday Rules regular, you'll know I love me a good list. Especially when that list combines pop culture and board games, because that stuff can go so right, or so, so wrong. The mid 90s was arguably a terrible time for board games. People were getting into the swing of becoming telly addicts and shoe-horning their favourite trash TV into literally anything, and some of this merchandise (as you probably know) translated into board games. A game based on the popular Australian soap Neighbours?! Except you play as the writers, thinking up mad plot lines like 'Harold Bishop takes his clothes off'. Or something even crazier like 'Kylie comes back'. Then there's the board game based on The A Team, because Lord knows we haven't heard enough from Mr T in recent years. You have to repeatedly roll the dice to help the team find the stolen recipe for a soft drink. I'm just gonna say it - that totally sounds like an advert for the soft drink. But my favourite 'worst board game based on a TV show' would probably have to be The Crystal Maze. Sadly, I've not played it, but I used to love that show! Mainly because things were sparkly and I've a fondness for scavenger hunts. All it includes is trying to roll a marble through a small plastic maze, which sounds like 1) any of those small puzzle gifts you find in John Lewis at Christmas and 2) a terrible version of the actually-really-fun-children's-game The Magic Labyrinth. Huh. Shoe-horning IS fun! For the full list of terrible TV-turned-board-games, click here! 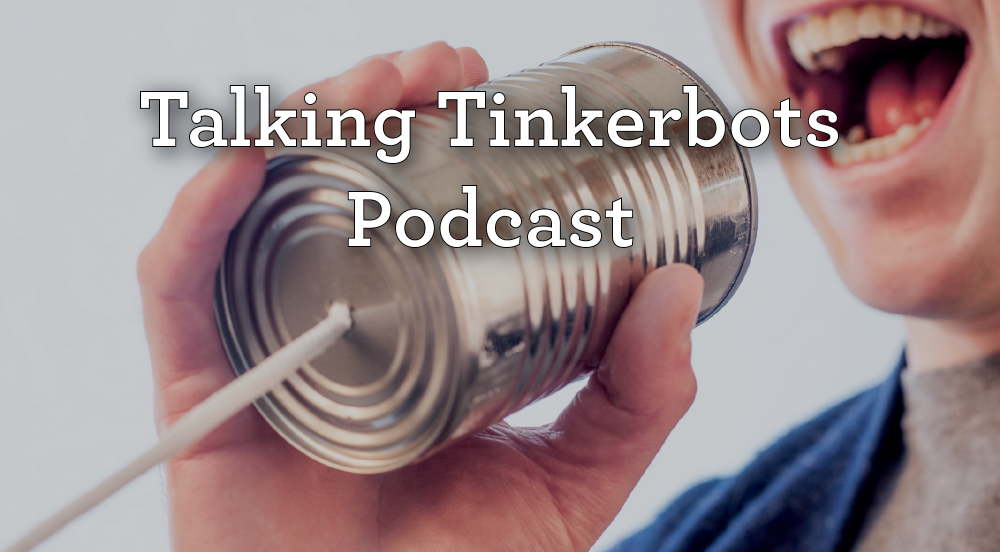 A Special 'Talking Tinkerbots' Podcast! Having voices in your head ain't great, unless it's Gino, Bevan and the team from Tinkerbot Games! They're part game designers/part game players/part game bloggers and part podcast makers! Their latest episode, number 15, talks about luck in board games, 140 characters in tweets, TableTop Day and more! It also features necessary 'bad word bleeping', a few seconds of Gino's angelic singing voice and interviews with some of our TableTop Day attendees. And a 'future Gino' chiming in to make a correction, which should be normal but made him sound like God talking from the sky. The Talking Tinkerbots podcasts are always a lovely thing to listen to but this episode is especially cool because it cost a lot of blood, sweat and tears (aka Gino's voice) to make. Losing your voice during interviews for a podcast? Maaan - that's some kind of terrible irony! Thankfully his voice is 90% recovered so go celebrate by listening to it! To listen on their website, click here! To listen to the podcast on iTunes, click here instead! And don't forget to check out their game page too; Ghostel, one of their own games, has been out at both TableTop Day and our Board Game Bar and gaining lots of traction and buzz! Tiny Metal Dogs & Irons. Figures, right? Someone did a survey about 'the nation's favourite board game they played as a child' and we're supposed to act surprised that it's Monopoly?! Of course it is - we barely played anything else! It was the main game, everyone had it, most of us hated it and it sat in a cupboard somewhere in the house, just biding its time before it could come back out and ruin the familial bonds we'd been re-building after the last time we played. The survey was conducted by the NSPCC who want to highlight the fun families can have playing board games, so it's all for a lovely cause, but Monopoly?! I've got strong feelings on the subject, as you can tell. Scrabble and Cluedo were second on the list, which pretty much rounds up the 3 main board games that most families owned. If we were to re-take that survey today, the answers would be a lot different! Catan, Ticket to Ride, Survive and Camel Up are just a teeny tiny fraction of how the list would look, and that's definitely something to celebrate. We've moved on from Monopoly and all the hurt it caused, and we're in therapy with things like Carcassonne. Sweet, gentle Carcassonne. Tomorrow, we're at Barry Library from 11am - 3pm playing board games galore! If you've got kids and you're looking for a fun activity, come along and dive in to games like Labyrinth, Carcassonne, Ticket to Ride, Cappuccino and loads more! It's completely free!

This Monday, join us at the Board Game Bar for your weekly dose of gaming! We'll be at Urban Tap House from 5-10pm with stacks and stacks of games, ready to be played and loved at your disposal! Entry price is £3!

New Releases Coming Next Week! Release those primal prehistoric urges inside you with Carcassonne: Hunters and Gatherers!; expand on your drive-bys with Formula D Expansion 6 - Nevada/Austin; Black Secret - Ghost Stories Expansion; become a blacksmith in Forge War; answer the ultimate question in Are You A Werewolf?; stock up on some nice accessories with the Machi Koro Deluxe Game Mat; train's the name of the game in Isle of Trains; release some pretty sky things in Lanterns - The Harvest Festival; make your own delicious beer in Brew Crafters; create beautiful garden paths in Arboretum; roleplay in Double Spiral War from Savage Worlds; grab the new D&D Elemental Evil Spell Deck; Hell on Earth Companion and Hell on Earth - the Worm's Turn, both from Savage Worlds; and Great Battles of Alexander Deluxe Expanded Edition!

New Releases Available Now - Get yer stethoscopes out - it's Pandemic: State of Emergency, a brand new expansion for Pandemic, with 3 new challenges!; Catan's back and brighter than ever with a brand new re-design; marry off your ladies to suitors in Jane Austen's Matchmaker; a brand new Netrunner deck with Breaker Bay; The Treason of Saruman - LotR RPG; a cool-as-heck binary game called One Zero One; the beast that is Cthulhu Wars; Advanced Bestiary for the Pathfinder RPG; and Unleashed - Iron Kingdoms RPG!