Game Of The Week - Castles of Mad King Ludwig. Doncha just hate it when the ruling monarch goes mental? Forget offensive fancy dress and questionable quotes - King Ludwig II takes the biscuit when it comes to craziness! In this 1-4 player board game, players take on the roles of builders, tasked with constructing an incredible castle for a King who's lost most of his marbles. Contract's subject to change, of course, and he can tell you to add things on a whim. You'll have to sell your services to other players and hope to score enough points by reaching goals and making the castle as accurate as the King wants it. He's responsible for the Neuschwanstein Castle, the place that inspired Walt Disney to squeeze money out of parents and build his own baby pink replica. Insane or not, this King's got style. For a Dice Tower review, click here!

TV? Meet Board Games. Again. There's no lack of TV-and-film-inspired-board-games out there - just recently 'The X Files' was released (we have our own copy in store!) and bucket-loads of entertainment has inspired board games. Adventure Time, The Walking Dead, Firefly, Battlestar Galactica - there's even a Family Guy monopoly! So it's no surprise that Netflix favourite 'Orphan Black' is on its way to becoming a card game and iconic movie 'The Godfather' is in the board game works too. 'Orphan Black' is a great show about cloning that I only gave up on because of the Cockney accents - besides that, it was great TV! And 'The Godfather' is a classic - the mobster boss of all gangster movies that will probably translate brilliantly into game form. The 'an offer you can't refuse' pun I'd have liked to finish with here has been bandied about already, so I'll leave you with a lesser known but still thought-provoking Godfather quote: "In Sicily, women are more dangerous than shotguns." You said it, pal. 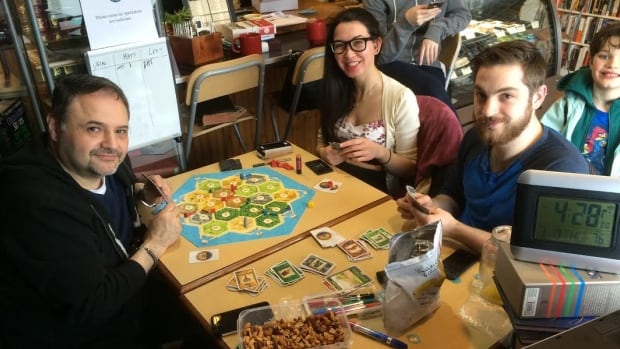 72 Hours Of Fun! I've always wanted to do one of those 'world record for the longest time' things. But you really have to play to your skill-set if you have any chance of succeeding. I'd have to 'eat pizza for 60 hours straight', or 'contemplate the deep abyss of my uncertain future whilst crying into a pint of beer for 48 hours without stopping'. Three friends from British Columbia, Canada, are taking a different route by playing Rules of Play favourite, Settlers of Catan! They hope to go for 72 hours, breaking the current record of 61. Luckily they get 5 minute breaks every hour which they can save up and use all at once. They'll need it for that super long pee they're probably saving up. For the whole article, click here!

3D Printing - It Saves Paper! People are figuring out that the future is all about 3D printing - I'm confident we'll be printing our babies by 2020, which should bring a sigh of relief from women everywhere. At the moment, we're still in the 'board game' stage. There's currently a campaign on Indiegogo looking to create a framework system that'd allow you to print your own (or other people's) creations for board game figures. Except you need to own a 3D printer. Or have access to one. But if you do, you can pretty much go wild and create your own landscape, figures, a whole board game made by you! I'll be honest, this whole story makes my feel uneasy. I mean, it looks cool and it'd be so awesome to do, but I'm very scared of 3D printing. I don't understand it and I'm not sure I want to. But then how will I love my tiny 3D printed baby?! I'm very, very scared.

The Board Game Bar is back with a bang this Monday as always! This time, we'll be bringing along Cthulhu Wars! We haven't even unwrapped the cellophane yet - we're doing it at the Board Game Bar, for all you drinkers 'n gamers to see! You'll get an exclusive look at the contents and even play a round... if you dare! This Monday, Urban Tap House, 5-10pm, £3 entry. For more info and a video review on the game, click here!

Our MTG Dragons of Tarkir pre-release weekend begins TOMORROW! There's still time to grab your place - just pop us an email on games@rulesofplay.co.uk, or give us a call on 029 2022 1695. There are 3 sessions over the weekend to choose from, and not only will you get to play with the new set of cards a week before general release, you'll get to play the brand new and never-before-seen game, Tarkir Dragonfury! It looks EPIC! Click the link for full game info!

New Releases Coming Next Week! Fight for the fate of the galaxy in the 2 player miniatures game of Star Wars: Armada - pre-order it now with us!; the newest set of Magic: The Gathering will arrive with fiery breath in Dragons of Tarkir; become a figure of legend and write your own epic tale of heroes and Gods in Elysium; Flea Market, the game of buying cheap and selling for profit, will arrive, and you can pre-order a copy NOW, with us!; gather the crew, it's Settlers of Catan Family Edition; and Ascension - Year One Collector's Edition!

Arriving Soon - 1 new Pandemic expansion with the hotly anticipated Pandemic: Legacy; from a galaxy far far away comes a new Star Wars miniatures game with fleet-based Armada; Extra! Extra!, the game of fast-paced news and questionable reporting; San Juan (Second Edition), the game based on Puerto Rico; Flea Market, where finding bargains is now a skill to be judged on (woohoo!); Tigris & Euphrates, the new and updated version of the classic tile-placement civilisation game; plus the Temple of Elemental Evil board game from adventure favourite, Dungeons & Dragons! For our complete bunch of pre-order games, check out our 'Coming Soon' collection! PRE-ORDERS FOR ALL THESE BEING TAKEN NOW!