Game Of The Week - Loony Quest. If you're a budding Tracey Emin or Picasso, then put down the weirdness and the personal issues and pick up a copy of Loony Quest instead! This 2-5 player game of judgement calls and clever drawing sees players to try to trace routes onto the different levels and areas. Once you've put your pen down, place your tracing paper on top of the board and see if you avoided the targets you were meant to avoid and hit the ones you were supposed to hit! You don't need to have an A* in your Art GCSE to get ahead in the game, though, as accuracy is just as essential as being creative. The game was inspired by video games, which means you'll hit levels with bosses to battle and bonuses to collect - plus you need a bucket of Xperience points to win! Rules of Play's Ian played it last night and declared it 'the most fun he's had since Cube Quest'. I can sense a pattern forming - stick 'Quest' in the title and Ian's a fan! Check out this super-cool hyperlapse video below that shows you a game in action!

L Is For The Way You 'Lose' The Game... 'O', 'V' and 'E' are for something else game-related too, and would be pretty clever if I could actually think of a rhyme. Despite there being absolutely no reason to spread the joy of love, we thought we'd do it anyway with this article on love-themed board games! We don't carry a lot of these games - mainly due to our burning hatred for everything pure and happy - so this isn't a plug; this is really just us trying to change our ways for the better. Share the love, people! 'Love Letter' is on the list (naturally), but so is a game we talked about quite a while ago called 'Divorce', a card game that involves battling over assets and the custody of your children. Can't get more romantic than that. Now, turn to the person you love most in the whole entire world and say, 'Let's play a game'. Only don't do a creepy voice. Really kills the mood.

Stop The Video Games, Stop The Madness! We'd like to think we co-exist in harmony with video gamers, but to tell you the truth we hate them more than we hate happiness. I'M KIDDING. We don't hate anything more than we hate happiness. But whatever our feelings on video gamers, we're always keen to encourage them to whack out a board game or two, in the interest of social interaction and giving their poor little screen-dead eyes a break. But if you try and give video gamers the wrong kind of board game, their hands will start shaking and their heads will explode into pixel confetti. You need to get it right. The correct board game will do them wonders, so why not take a look at these suggestions from Escapist Magazine? Be brave - take the first step and help the video gamer in your life, today.

International TableTop Day 2015 - With Rules of Play! Looking for a way to celebrate the annual HARVEST FESTIVAL OF BOARD GAMES?! Look no further! We're holding an all-day, 2 part gaming event on Saturday 11th April.

Both events are COMPLETELY FREE, and please feel welcome to come to both if you'd like to! For more info on each event on Facebook, click here for the Chapter event and here for The Gate event. See you there! 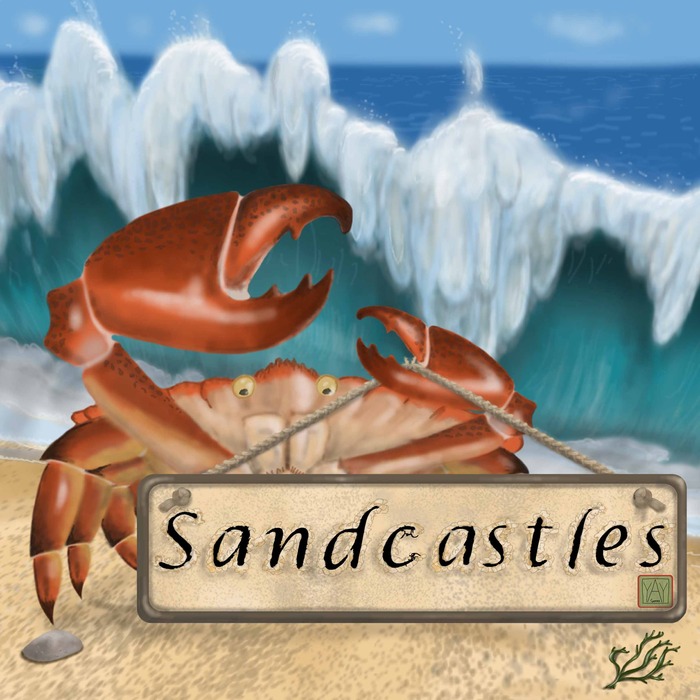 A Board Game For The Beach! Following news of Andrew Harman's upcoming appearance at International TableTop Day 2015, take a look at 'Sandcastles', his latest board game! I'm a little biased because I love beaches and sun and sandcastles, but then again - who doesn't? What kind of oddball doesn't like a seaside holiday?! The game is literally about building the best sandcastles before destruction arrives in the form of crabs, seagulls or other opponents stealing your sand! To go from twisted surgery to sweet little sandcastles is a leap, but a pleasing one! Take a look at the game on Kickstarter for more info!

The Board Game Bar is back on Monday, as usual, and we'll be there with our stacks of games as usual! Come along to see what all the fuss is about - Monday, @ Urban Tap House, 5-10pm, £3 entry per person. New Releases Available Now - Live out your werewolf daydream with One Night Ultimate Werewolf Daybreak, including eleven new roles for you to choose from with special abilities!; enter the fantastic kingdom of Akardia armed with a felt pen and drawing skills in Loony Quest; the Pokémon Groudon and Kyogre Boxes; a follow up fable to The Tortoise and The Hare with brand new The Grasshopper and the Ant; Salerno; Gaslight Victorian Fantasy RPG from Savage Worlds; The Aether Sea - Fate RPG; Save Game - Fate RPG; The Deck of Fate; Cities of Mystery - Witch Hunter expansion; and Ravaged Earth 2nd Edition RPG from Savage Worlds!